While a simple shower curtain may be sufficient to keep water off your bathroom floor, shower doors provide an elegant solution for water-tight seals, privacy and easy access to your shower. 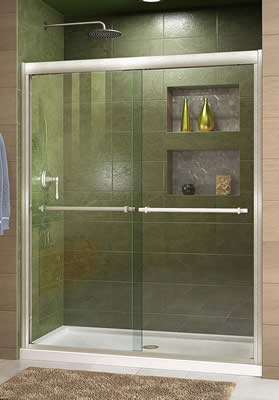 Bypass shower doors can be installed either on the bathtub/shower unit or on shower-only units. They are relatively easy to install and are low cost by comparison to other types of shower doors. A more “forgiving” install than swinging door units as they do not have the same plumb requirements. Typically bypass shower doors come with a towel bar on the door. 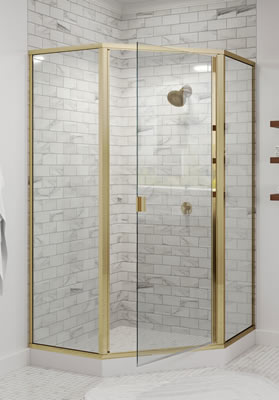 A pivot shower door is a swinging door that has a pivot hinge allowing the door to open in either direction. Pivot shower doors can swing 180° so they can open in or out. The pivot hinge can be attached on one side of the door, or it can be center mounted to create a revolving shower door.

Pivot hinges are the design used on most ultra-modern curved glass shower doors. 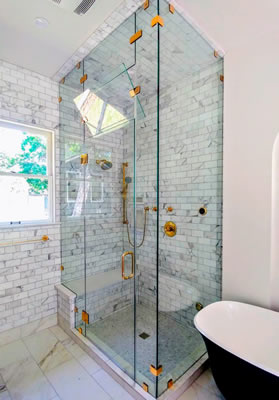 ﻿The steam door design can be made of solid glass panels with a hinged door that has an air-tight seal on built in. Usually, a steam shower enclosure has built-in movable panels above the door, called transoms, that can be used as vents.

Frameless shower doors are increasingly becoming the clear favorite of designers and homeowners alike. While they fit perfectly into the sleek minimalism […]